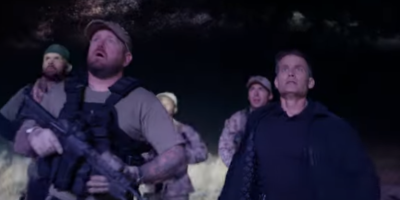 Tom DeLonge has managed to combine two of his most favourite things: aliens and jokes about his private parts in his directorial debut Monsters of California.

The teaser trailer is out now and follow Dallas Edwards, a teenager investigating paranormal activity in California. He finds out his absentee father actually worked for the secret government agency “that doesn’t exist”. Of course the movie is peppered with lewd jokes…just like a Blink182 concert.

Check out the trailer for Monsters of California: