England is offering anyone coming over from Hollywood the opportunity to skip the mandatory 14-day quarantine.

One of the major productions resuming is “Mission: Impossible 7”, which is filming just outside of London. Tom Cruise and the rest of the cast and crew will be exempt from the mandatory quarantine rules, but will need to work and live together in their own ‘bubble’ during filming.

The British government has listed several countries that do not have to quarantine when entering the country, but the U.S.A. and Canada are not on that list. 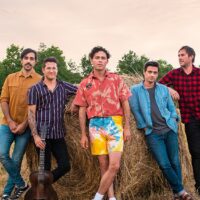