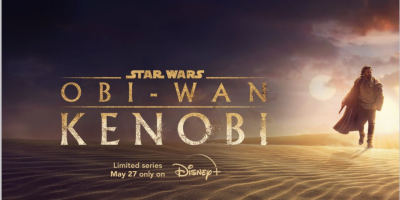 Did you know the first May The Fourth was celebrated in Toronto?

11 years later, Star Wars made sure today was a great day to be a fan of the series.

The 2022 edition started with the trailer for the upcoming Obi-Wan Kenobi series being released.

Disney Gallery: The Book of Boba Fett is now streaming on @DisneyPlus. pic.twitter.com/tzB0QfUHS7

Here’s a 16-minute feature about how the sounds for Star Wars are created.

We’ve got more behind the scene’s content coming, this one on the camera and light tricks that were used in the making of the movies.

Spotify got in on the celebrations as well, by letting you mix your favourite music with favourite tracks from Star Wars heroes and villains.

Merge your music with Yoda, Chewbacca, Luke Skywalker, Darth Vader, or Princess Leia to create a shared playlist full of your favorite songs, only on Spotify. #MayThe4thBeWithYou #StarWarsDay https://t.co/fR9kLO8BP3