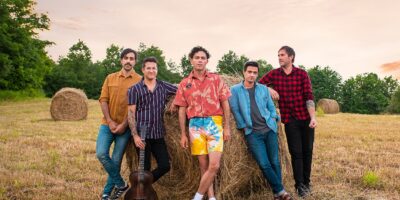 The Arkells haven’t wasted their time at home during lockdown. The Hamilton-based rockers announced they have reimagined some of their biggest hits for a new project called “Campfire Chords” which will be released on August 20th.

According to a post on the band’s instagram “We began the recording with the goal to rediscover the singer songwriter spirit that has long informed our most trademark sing-a-longs. These remote sessions inspired our new single, Quitting You – an intimate song about finding comfort in the people closest to you. ”

Quitting You was released Thursday, with a video that was shot entirely on an iPhone by frontman Max Kerman. What do you think of the latest from the Arkells? Listen to the song and watch the entire video below: