The 93rd Academy Awards has been pushed back from Feb. 28 to April 25, the Academy and ABC announced on Monday. The eligibility period for movies has also been extended to Feb. 28, as opposed to the usual end of the calendar year.

This will be the 4th time in the awards’ show’s history that it’s been postponed. The other times were due to L.A. flooding in 1938, following the assassination of Dr. Martin Luther King Jr. in 1968, and after the attempted assassination of President Ronald Reagan in 1981.

“For over a century, movies have played an important role in comforting, inspiring, and entertaining us during the darkest of times. They certainly have this year. Our hope, in extending the eligibility period and our Awards date, is to provide the flexibility filmmakers need to finish and release their films without being penalized for something beyond anyone’s control,” said Academy President David Rubin and Academy CEO Dawn Hudson in a joint statement.

“We find ourselves in uncharted territory this year and will continue to work with our partners at the Academy to ensure next year’s show is a safe and celebratory event that also captures the excitement of the opening of the Academy Museum of Motion Pictures,” said Karey Burke, president, ABC Entertainment. 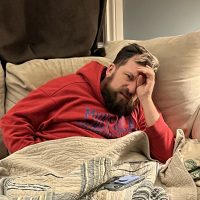