We see it every so often where a lawsuit is filed against a popular band that has a popular song and the claim is always that the song is stolen.

In 2001, the song Rock Star was released from a band called Snowblind Revival. That band was signed to the same label as Nickelback, Roadrunner Records and Warner/Chappell music. The guys from Snowblind Revival believe that their master copy was somehow shared with Nickelback when they gave it to their label, and believe that Nickelback’s 2005 single, Rockstar, is a rip off.

This was recently brought to the courts in Texas and Judge Susan Hightower made a decision stating, ​“Having listened to the works at issue, the Court finds that it is possible for a reasonable juror to determine that the works share protectable elements.”

If you were in the jury, where would you stand? Are they similar? 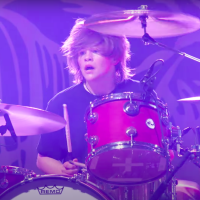