A motion at City Hall ended with a bit of a twist. The motion that was put on the table called for the City of Barrie to sponsor a table, at a cost of $3,000, for veterans to attend a ball celebrating CFB Borden’s 100th anniversary, but Councillor Doug Shipley was determined that no taxpayer dollars be used for this. Instead, he offered to pick up the $3,000 tab himself. Shipley said he’s got a milestone birthday coming up, and this is his way of celebrating. It didn’t take long for Councillors Michael Prowse and Peter Silveira, along with Mayor Jeff Lehman to offer to help cover the cost as well. Invitations to this table will now be offered to Barrie’s veterans through the Veteran’s Services Office. The Base Borden Centennial Ball is at the Nottawasaga Inn in Alliston, on June 9th, tickets are available at $250 a pop. 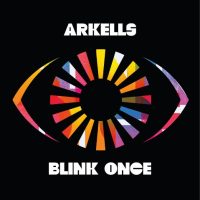