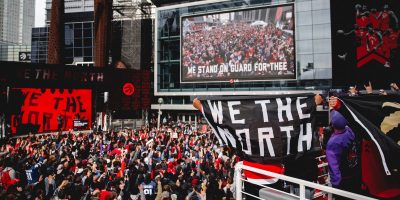 Toronto sports fans, the last three days have been euphoric for three of the major league sports franchises, for different reasons, and you are hereby allowed to brag & think you’re the best…for this week only!

Bluejays’ 2 Come From Behind Wins

It’s early in the MLB season, but the Jays are looking exciting! A grand slam come-from-behind win against the Red Sox, followed by a walk-off, HUGE comeback win the very next night!

The first Maple Leaf to ever join the 60 goal club in a single season? And he did it in exciting fashion. Now, can we talk about that moustache?

This sequence of back-to-back possessions perfectly captures the Raptors dominance in game 5, making believers out of Canadian basketball fans that history could be made! We The North!

While you enjoy this awesome three day stretch in Toronto sports history, remember: the Raptors are still likely to be eliminated, the Jays season is just getting started, and the Leafs will still most likely be eliminated in the first round of the playoffs! 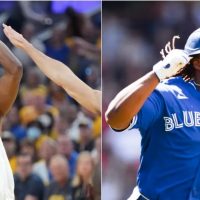