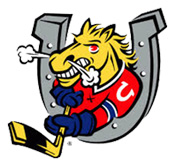 The Barrie Colts have announced that Dale Hawerchuck has signed a new three year deal with the team. The contract will see him continue on in his role as the Head Coach of the OHL team. Hawerchuck was inducted into the Hockey Hall of Fame in 2001, after 17 years in the NHL, with the Winnipeg Jets, the Buffalo Sabers, St Louis Blues and the Philadelphia Flyers. He was also the youngest NHL player in history to reach 100 points in his first year…. A record since broken by Sidney Crosby in 2006.