Back in the winter Montreal goalie, Cary Price met a young fan and that touching embrace became the NHL’s “Feel Good Moment of the Year” at the NHL Awards last night.

The young fan’s name is, Anderson Whitehead. He sadly lost his Mom to Breast Cancer in November. It was his Mother’s promise before she passed that made this moment even more special. She had said that she would do everything in her power to ensure her son would one day meet his idol, Carey Price.

This is everything — this young fan, Anderson, met his idol @CP0031, after his mother passed away due to cancer. She had promised him that she would do everything in her power to help the two meet and it happened. This right here is hockey. #OurGreatGame

Last night the NHL flew 11 year-old Anderson to Vegas where he was presented with an award. What happens at the 2:30 mark of the video will have you reaching for tissues… 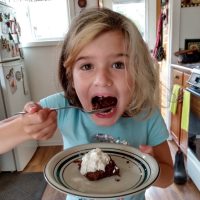