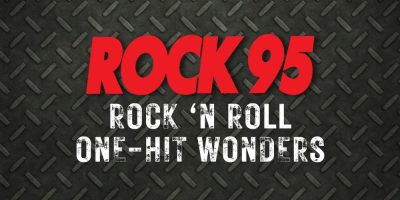 When this song starts to play, you can be sure everyone will be letting out their inner werewolf with their best “Ah-hoo.”

“Werewolves Of London” was released in 1978. But the song was written long before then.

It all started when Phil Everly of the Everly Brothers jokingly asked Warren Zevon to write a song called “Werewolves Of London” after the 1935 movie of the same name. Later, Zevon was playing guitar with his good friend Robert “Waddy” Wachtel when someone asked what they were playing. In response, Wachtel began howling and the song was born.

It was recorded and released in 1978 on Zevon’s third album titled Excitable Boy.  “Werewolves of London” was Zevon’s only hit, reaching 21 on the Billboard Hot 100.

When asked about its success, Zevon shared, “I don’t know why that became such a hit. We didn’t think it was suitable to be played on the radio. It didn’t become an albatross. It’s better that I bring something to mind than nothing. There are times when I prefer that it was “Bridge Over Troubled Water”, but I don’t think bad about the song. I still think it’s funny.”

In 1986, the song returned to popularity when it was used in Tom Cruise’s The Color Of Money.

Sweet’s 1973 “Ballroom Blitz” was written by Nicky Chinn and Mike Chapman. Rumour has it the song was inspired by a Sweet concert where the band was driven off stage. However, Chapman has a different story.

In an interview, Chapman explained, “We were trying to write songs that had no meaning, and ‘Ballroom Blitz’ was one of them. I suggested the title and we sat down and wrote a song about a guy having a horrifyingly bad dream that his latest record hadn’t made it – he was in this ballroom, in a discotheque, and maybe he was on drugs because he started hallucinating. They were pretty funny words to that song, although I’ve forgotten the real version because I did this horrifyingly dirty version of that song.”

Our next one-hit wonder is Mountain with “Mississppi Queen.”

Mountain’s Woodstock performance in 1969 has been called historic and is one of their biggest moments in rock history. Their other claim to fame is their one and only hit “Mississippi Queen.”

This rock classic is about a woman teaching the singer about the ways of love. It’s also one of the most famous cowbell songs in rock history. In an interview, guitarist Leslie West explains, “The cowbell in the beginning was just in there because Felix wanted Corky to count the song off. So we used the cowbell to count it off – it wasn’t put in there on purpose. And it became the quintessential cowbell song.”

In an interview, West explains, “When Corky (Laing, drummer) brought me the idea, it was a one-chord dance song. We got real high, took out a napkin, and I came up with the main riff and the chords. Then we fit the words over the sound.” He went on to explain, “I was madly in love with The Band, and I decided to put a ‘Cripple Creek’ feel behind it.”

The good news is, Levon Helm said he didn’t hear any similarity between the two songs so it never became a problem.

While there are earlier recordings, Black Betty was popularized by African-American folk singer Huddie “Lead Belly” Ledbetter in 1939.

In 1973, the song was recorded and released by a group called Starstruck, formed by Bill Bartlett. Years later, Bartlett became part of a new band called Ram Jam. They re-released the 1973 recording of “Black Betty” under Ram Jam and it became a national hit.

Upon its release, the lyrics caused the Congress of Racial Equality to call for a boycott. However, the boycott failed and the song made it onto charts worldwide.

In 1972, Thin Lizzy did a version of “Whiskey In The Jar” that took off in Ireland. But the band never had a follow up and couldn’t make a dent outside of their home country. Then came “The Boys Are Back In Town,” a song written to help them better with fans who had working class roots.

It’s success is attributed to two Kentucky DJs who “played it incessantly until other stations in the surrounding area picked up on it.”

Leading up to the song’s release, Thin Lizzy was in debt and their label was getting ready to drop them. According to guitarist Scott Gorham, “Had [‘The Boys Are Back In Town’] not kickstarted the sales of the album, then the band was over.”

While the song helped them get into America and sell their next few albums, they never had another hit.

These are just some of the top rock one-hit wonders. Love them or hate them, these earworms are here to stay. 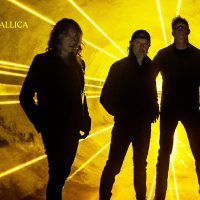