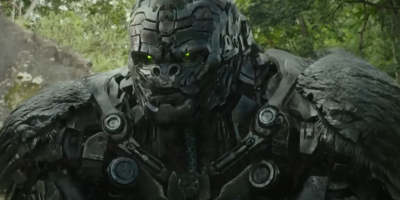 Beast Wars, renamed Beasties, is coming to the Transformer movie franchise. The latest trailer, starring Anthony Ramos, Pete Davidson, Michelle Yeoh and Ron Perlman was released and it IMMEDIATELY brought me back to YTV ages ago when the show was one of the best on the channel. It’s animation was a focal point of the whole series. It just looked so COOL!

In stead of Michael Bay directing Transformers: Rise of the Beasts we have Steven Caple Jr. at the helm.

Transformers: Rise of the Beasts is coming June 9th, 2023.