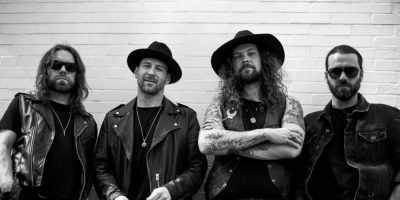 Over the last decade Monster Truck has become known for their riff-driven classic rock sound. While the band started playing as a way to let off steam and have some fun, their talent and drive has brought them growing success.

So, without further ado, let’s take a brief look at Monster Truck’s story.

Monster Truck is a Hamilton-based Canadian classic rock band that started out as a side project in 2009. In an interview, guitarist Jeremy Widerman explains their beginnings toThe Omega.

“It kind of formed out of some down time we had with these different bands. We just wanted to keep playing and do something a little more self-indulgent, just for us. It was kind of to fulfill our own desires of what we thought was missing from some of the bands we were seeing in Hamilton, and it kind of just spiraled out of control, in a way.”

Monster Truck released their self-titled EP in 2010. In 2011, they found success in Canada with their second EP The Brown EP. Their single “Seven Seas Blues” reached top 10 on the active rock and alternative rock charts in Canada. The track was also featured in EA Sports’ NHL 13.

In 2013, Monster Truck released their debut album Furiosity. Three tracks charted on the Canadian Rock charts. “Sweet Mountain River”, which was featured in Rocksmith 2014, charted at #1. “Old Train” charted at #7 and was used for an episode of Orphan Black and “The Lion” made it to #2.

In an interview, Widerman explained that he’s glad their music is making it to new audiences through video games and tv. But he continued, sharing that his favourite moment “is being at the hockey arena and hearing it play as the team gets ready for a big power play or something like that.”

The following year, the band opened for Alice In Chains on their North American tour and in 2015 they began work on their second studio album. Sittin’ Heavy, was released in early 2016 and was their first to hit European markets.

The lead single “Don’t Tell Me How To Live” charted #8 on the Canada rock charts and #27 on the mainstream US charts. It would later be re-recorded (featuring Monster Truck) by Kid Rock in 2021.

In 2018, the band released True Rockers. During an interview with Real Rock and Roll, Bliss talks about the band’s state of mind when they wrote it.

“We wrote most of it while touring the last album, so we were mostly in the state of mind of a travelling rock band. We really have our own style that has got us to where we are and is what people have grown to love about us, and we have a mentality of maintaining that and building upon it. And we’re proud of that and we love it too, so we really don’t wanna stray too far from that. Having said that, there are a couple songs that were written later and are attempting to do something a little different, but I think that’s healthy and doesn’t mess with the overall classic Monster Truck vibe of the album.”

Monster Truck released their fourth studio album Warriors in 2022. John Harvey (bass and lead vocals) talks about the evolution of their music with the album.

“The songwriting has just naturally evolved over time. The thing I found most interesting in this record was I was using a lot of the tactics of more pop songwriting, mixed with the sonics and arrangements that harken back to our early days. The end result is the most cohesive songs that we’ve written. It’s best to use what you learn, but always remember where you came from.”

But in March 2022, Kiely announced his departure from the band. The split was amicable, with Kiely wanting to spend more time with his family and his roots rock band, Golden Feather. The news came before the release of Monster Truck’s most recent album, on which Kiely lays on all the tracks. Taking his place for live performances is Theo McKibbon.

How They Got Their Name

The name Monster Truck started off as a sort of  joke name for the band but it stuck. Widerman explains that they thought of changing it but he personally liked the simplicity of it. While they regularly get made fun of for their name here in Canada and the US, it’s a big hit in the UK.

“I do think it conveys the idea of what we are trying to do musically, really well. And we were very happy to see that when we got over to Europe and the UK everyone who came to see us was saying ‘That’s a great band name…’

Widerman continues, “I think it still conveys the same thing back home but it’s so cliched. It’s a bit corny. Because people think the ‘Monster Trucks’ themselves and the ‘Monster Truck shows‘ are a bit corny. (Though half the people still love it…) But there’s a certain beauty to the band name… because it is so simple … When someone hears the band name… they have a vision of what they think they’re gonna hear… And then they hear it! It’s very comforting (for people.) It’s quite the opposite of what could happen… You could name your band Monster Truck and then sound like Oasis! That would confuse the shit out of people!”

RELATED: Find out more about this year’s Birthday Bash … 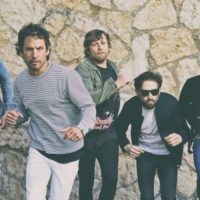