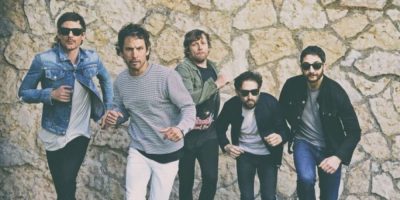 The 2022 Birthday Bash headliner is Sam Roberts Band with special guest Monster Truck and we couldn’t be more excited.

Having been compared to Bruce Springsteen and Tom Petty, Sam Roberts is known for his memorable hooks, pounding rhythms and lyrics that stay true to his views on politics, love and relationships. Even with the band’s success in Canada, the US and Europe, Roberts is regularly praised for prioritizing musical integrity over sales.

Not to mention, the band has a great reputation for their live performances.

Sam Roberts is a Canadian singer-songwriter who was born in Montreal after his parents immigrated to Canada from South Africa. Robert’s musical story started at the age of 4 when he asked to learn violin. His dad signed him up for lessons, which he continued to take into his 20s. At age 12, Roberts received his first Spanish guitar. A year later, when he was 13, he picked up the electric guitar and began performing in bands.

Roberts’ first band was Happy Death Men in junior high, followed by Screwtap and Grover in high school. In 1993, while attending McGill University, Roberts joined William. The band later changed their name to Northstar before breaking up in 1999 following a failed attempt to make it in LA.

Roberts returned to Canada in 1999 where he produced his 12 track Brother Down demo and 6 track The Inhuman Condition EP (2002).

In conversation about the 6 track EP, Roberts shared, “it is not something I had intended to be my first real foray into the music world but I couldn’t turn my back on such a chance.” The EP included “Brother Down” and “Don’t Walk Away Eileen”, two of Robert’s breakthrough singles.

Impressed with the EP, Universal Music quickly picked up and signed Roberts on in 2002.

In 2003, Roberts released his major label debut album – We Were Born In A Flame. The album charted at #2 in Canada and was certified Double Platinum. This album and others led to Roberts being nominated for several Junos and winning 6:

In 2005, Josh Trager replaced Zadorozny on drums and in 2011, Roberts released the first of 4 albums under the name Sam Roberts Band.

RELATED: Find out more about this year’s Birthday Bash … 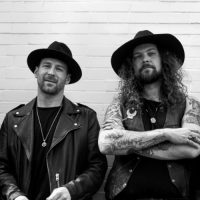 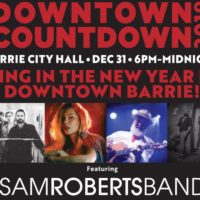