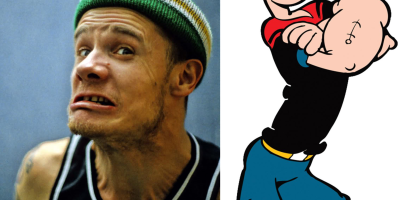 Red Hot Chili Peppers bassist Flea has quite a few acting credits under his belt including his most recent role as a bounty hunter in the Obi-Wan Kenobi series.

He pitched a role he would love to play on Twitter.

When you really think about it, he does sort of look like Popeye.

Surprisingly, Popeye hasn’t been redone since Robin Williams starred as the character in 1980 opposite Shelly Duvall as Olive Oyl.