My first train ride from Toronto to Vancouver introduced me to students from across the nation, and I asked them where they were going with their VIA Rail Canada 150 Pass. Not only was it a good way to pass the time on our four day trip, but it also made me realize just how beautiful our country is. These are the 23 places they were most looking forward to seeing this summer.

A post shared by TRAVELLING THROUGH THE WORLD © (@travellingthroughtheworld) on Jul 5, 2017 at 3:09am PDT

Nearly every person I spoke to who were getting off in Jasper, Alberta, had plans to trek up to Banff to see this beautiful lake. And who can blame them, as the turquoise waters and snow-capped mountains make this the perfect photo opportunity and overall a great stop for any traveller!

While most of the people on my train were heading to Vancouver, everyone had different ideas of what to do when they got there. Cypress Mountain was one of the many treks people were excited for, and you can see why with a quick Google search. This mountain boasts a beautiful 8-kilometer hike, with some stunning views of the surrounding waters.

Offering one of the best views of the city, it makes sense as to why so many students were pumped to visit Toronto Island. Most of those excited were from the prairies, however even some of the Toronto locals admitted to having never gone before but wanting to make it apart of their Canada 150 journey!

A few French travellers were really excited about this leg of their trip, and it got everyone in the dining cart talking about their Niagara experiences! While the city is most known for hosting one of the seven natural wonders of the world, many on board the train couldn’t stop comparing it to a miniature Las Vegas. The resemblance is obvious, what with roads bathed in neon lights, the 175 foot tall SkyWheel, countless kitschy attractions, and a massive casino.

Yes, we all know about the skiing here. But how much do you know about Whistler in the summer? Lots of travellers were making the journey up north to take part in some of the many mountain activities offered in the hot weather. Gondola rides, biking, bear watching, zip lining, canoeing, bungee jumping, and the list goes on.

While many travellers were excited about Jasper, no one expected it to blow our minds as much as it did. The train pulled into the park for a rest stop, and our mouths fell to the floor. Lakes surrounded by mountains as far as the eye can see, deer right up close to the tracks, and a cute little village right by the station. Jasper is a nature lover’s paradise, with animal spottings every day, sprawling forests, and gorgeous waterfalls. It’s a great place to enjoy Canada at its finest.

Montreal has something for everyone, from historical architecture to modern art museums. However students on board the VIA train visiting the city had two things in mind; food and parties. Montreal smoked meat and classic Canadian poutine had everyone’s mouth watering during our conversation, and sparked a pretty big debate among the French passengers as to which deli and poutinerie had the best food. But everyone could agree that nearly any bar in Montreal is a perfect way to end the night off right.

The first and last entry on this list that is not only a place but an event is the good ol’ Canadian Calgary Stampede. It is being held right at the start of most of the student’s trips, so it was an obvious choice for many. More than just a rodeo, it also has a festival component, a midway, activities for kids and adults to enjoy, and even a silent disco.

While you’re in Calgary, I recommend stopping in at Pie Cloud.  Their Marshamallow Mermaid Pie made the list for the best desserts across Canada and it’s only 12 minutes away from the stadium!

A skier’s paradise, these stunning mountains are world-renowned and a can’t miss for many travelers on board the train. The city also hosts great events, has plenty of places to shop and dine, and golfers were excited to hit the green the second they arrive.

Halifax, Nova Scotia was a go-to for many travellers wanting to see the East Coast. Having a VIA Rail stop right in the city makes it easy and accessible to get there, and many were excited to check out the nightlife upon arrival. Others were looking forward to the ocean views, delicious lobster, and beautiful views that the city has to offer.

While some were determined to get to this location just to see the Icefields, many felt lucky they had the chance to stop at them during tours that were running from Jasper to Banff. One of the largest non-polar ice fields in the world, it makes for some of the coolest (get it?) photos you’ll take on your trip. What had people talking the most was the glacier skywalk, a glass-floored bridge overlooking the icefields from the edge of a cliff.

While a good hop, skip, and a jump away from the nearest VIA Rail stop (seriously, it takes two buses and a ferry to get there), the few who had plans to go to this national park believe it will be the highlight of their trip, myself included. The valleys make for a phenomenal photo-op, and the rivers, ocean beaches, and hiking trails are things people only ever dream of seeing in person.

A must see for most of those going to Vancouver, it is a classic location to take dreamy Instagram photos and also maybe to conquer your fear of heights. While some travellers didn’t even know it existed, they added it to their itinerary the second we showed them pictures of it!

It’s got whales, polar bears, and the northern lights making it a Canadian traveller’s dream spot to visit. Unfortunately, due to an issue on one of their tracks, VIA Rail had to cancel all travellers’ trips to the city for an unknown period. But those who had planned to go insist that it make the list for its pure northern beauty.

The entire dining cart agreed that Peggy’s Cove Lighthouse was Canada’s most famous lighthouse and a definite stop for all those in the area. It is featured in nearly every Canadian brochure and promotional video, so it obviously has to claim a spot on your Instagram.

Ontario’s natural beauty gets the spotlight in Muskoka, where lakes are a plenty and everyone can relax in their own way. Those who were stopping here were looking forward to jumping off docks, renting cottages, and sitting in Muskoka chairs reading their favourite novels.

The iconic red sand that Prince Edward Island is so well known for takes center stage at this beach. One of the student travellers I spoke to said he was mostly excited to see the sand as it has been on his bucket list for years. The beaches are also great to just sit back and relax after long train rides.

I hadn’t even heard of this destination before I talked to some of the passengers. Nearly everybody agreed that this is a bucket-list Canadian destination. With extravagant mountains, wild polar bears, and some pretty extreme hiking, it is without a doubt a wicked spot to see.

A group of travellers who were all renting a car in Saskatchewan told me they were going to check out the Athabaska Sand Dunes. A true testament to Canada’s varied topography, this incredible destination looks like you just went for a walk in the Sahara Desert.

Sourdough Saloon in the town of Dawson City is home to the world famous sour toe cocktail, a drink made even more popular after its main ingredient was stolen from the bar and made global headlines as everyone wanted to know its whereabouts (or just couldn’t quite believe it was a real thing). So, what is the drink? A shot of liquor is poured in a glass, and after you recite the pledge, a mummified toe is dropped in with the drink. “You can drink it fast, you can drink it slow, but your lips have gotta touch the toe” is the motto here.

The train that takes us from Toronto to Vancouver makes a three hour stop in Winnipeg, giving us some free time to stretch our legs and have a bite to eat. Some people I talked to are doing more with their time at this city and going to the Human Rights Museum. Located right by the VIA train station, the museum focuses on Canada’s past and present, attempts to shed light on human rights issues, and promotes inclusivity to all of its visitors.

Hopewell Rocks were a popular spot for the travellers who were making their way to New Brunswick this summer. These wicked rock formations stand tall at Hopewell Cape, and many were excited to sit next to them on the beach and watch the tide come in.

This final entry was one that we all dreamed of making it to one day. This beautiful reserve is stretched out on over 30,000 square km of land, and is home to the South Nahanni River. We could not believe how gorgeous some of the views were when we looked up pictures. Definitely a bucket list destination for us.

Did we miss any? Share your favourite Canadian destinations below! 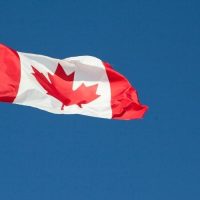 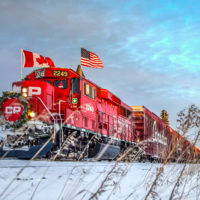