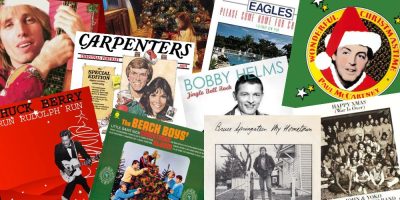 It’s that time of year when Christmas music starts to creep in everywhere. A lot of rock fans assume that all Christmas songs are terrible. They’re not totally wrong, but every now and then a miracle comes along and we get a Christmas classic that is sure to warm the heart of even the Grinchiest rock music lover.

Here are 10 great rock n’ roll holiday songs you can add into rotation at your house to keep everyone Rockin’ Around The Christmas Tree (see what we did there?)!

“Merry Christmas Darling” is a Carpenters original. Released in 1970, the lyrics were written by an 18-year-old Frank Pooler in 1946. Tired of singing the same holiday standards, Pooler gave the lyrics to Richard Carpenter. Carpenter wrote new music for it 4 years before it was released.

When it was finally released, the song peaked at #1 on the Billboard Christmas Singles chart.

These are just some of the many Christmas rock songs you can play this year. So what are you waiting for? Start queuing up some of the rock classics.

RELATED: 5 Christmas gifts you should never buy for the lady in your life …

The earliest recorded version of “Santa Claus Is Coming To Town” was by Harry Reser in 1934. Covered several times since then, Bruce Springsteen’s version is a rock n’ roll Christmas classic.

Recorded at a Long Island gig in December 1975, the song was originally released as part of a Sesame Street compilation album. Three years later, it was released as the B-Side to “My Hometown” in 1985 and it quickly became a holiday staple.

There are definitely some similarities between “Run Rudolph Run”, “Johnny B. Goode” and “Little Queenie” but this holiday song still stands on its own as a Berry classic. It’s been covered by Lynyrd Skynyrd, Hanson, Billy Idol, and The Grateful Dead to name a few, and reached Platinum status in the US.

In the book Becoming the Beach Boys, Wilson recalls, “I wrote the lyrics to it while I was out on a date and then I rushed home to finish the music.”

Originally written by blues singer and pianist Charles Brown in 1960, the Eagles covered and released this classic Christmas rock song in 1978. The song peaked on the Billboard charts at 18 and was the first Christmas song to make it to the Top 20 since “Pretty Paper” in ’63.

“Please Come Home For Christmas” was also the first Eagles song to feature Timothy B Schmit on bass.

This song was originally featured on the second Very Special Christmas CD to benefit the Special Olympics. Petty donated the royalties from the song to the organization.

Since its release in 1992, the song has raised more than $200,000 to benefit athletes with intellectual disabilities. It was also included in the 1992 soundtrack for Home Alone 2.

Because the song was originally released on a wings album and members of the band appear in the music video, many people assume they’re also included in the song. But “Wonderful Christmastime” is in fact a solo by Paul McCartney.

While music critics don’t tout “Wonderful Christmastime” as one of McCartney’s best, it has become a popular Christmas song and has been covered by multiple artists.

Next on our list of Christmas rock songs is “Happy Xmas (War Is Over)” – a tune that doubles as a Christmas song and an anti-Vietnam War song.

Because of its late release in 1971, “Happy Xmas (War Is Over)” didn’t get much play in its first year. Since then, it has continued to top holiday charts and has become a Christmas classic, even if the original message sometimes gets lost.

The original version of “Christmas Eve” was released by the band Savatage in 1995. A year later, the song was re-released by the Trans-Siberian Orchestra, which features several of the Savatage band members.

The song tells the story of a cello player in Sarajevo playing a forgotten Christmas carol.

“Jingle Bell Rock” has been covered by a number of artists including Neil Young, Billy Idol, and Randy Bachman but the first version was by Bobby Helms in 1957. Since its release, the song has been a radio staple and it has been used in Christmas classics like Jingle All The Way. 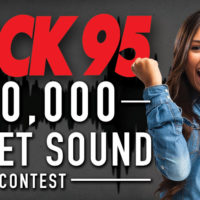 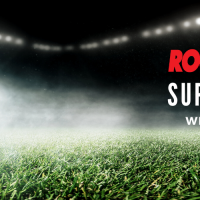