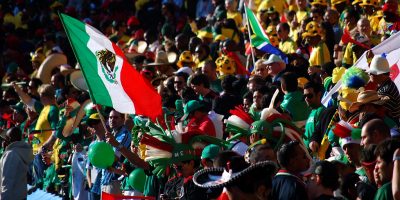 They were still in contention to advance to the next stage when Mexico played Saudi Arabia in their final Group C game. But, not only did they need to win that game, they also needed Argentina to beat Poland AND scare enough goals in the process to reduce the differential that gave Poland the advantage.

Argentina did NOT come through. Naturally Mexico fans were not happy. One in particular took it out on his TV. First, with his fists…then he finished off the 55″ with a knife.

Check out the video here: