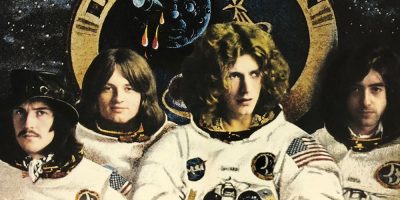 There’s no question about it. Led Zeppelin has produced dozens of iconic songs. Obvious list toppers include classics like “Stairway to Heaven” and “Whole Lotta Love.” But today I’ve been asked to rank “Kashmir”, “Immigrant Song” and “Black Dog.”

Here’s where they place for me …

Muddy Waters’ Electric Mud album inspired John Paul Jones to experiment with rolling bass and “a riff that would be like a linear journey.”

The song wasn’t scrutinized nearly as much as “Stairway to Heaven” but there was still speculation. Especially related to the black dog being a hellhound with “eyes that shine like burning red.”

In an interview, Robert Plant explained, “Not all my stuff is meant to be scrutinized. Things like ‘Black Dog’ are blatant, let’s-do-it-in-the-bath type things, but they make their point just the same.”

The title of the song has nothing to do with the song itself. While writing the song, a black Labrador Retriever wandered the grounds where they were staying.When they couldn’t come up with a name for the song, they thought of it and chose the title “Black Dog.”

Kashmir is great but I am going to rank it at number 2.

Plant wrote “Kashmir” while travelling to Morocco even though he and Jimmy Paige were nowhere near the Kashmir region North of Pakistan.

The song became a staple and was played at every show from 1975 until 1980. For Plant, “Kashmir” was a favourite. “It was a great achievement to take such a monstrously dramatic musical piece and find a lyric that was ambiguous enough, and a delivery that was not over-pumped. It was almost the antithesis of the music, this lyric and this vocal delivery that was just about enough to get in there.”

“Immigrant Song” is about a trip Led Zeppelin took to Iceland, “the land of ice and snow.” They were travelling there as part of a cultural mission. The day before they were set to play in Reykjavik, the civil servants went on strike. The show was going to be canceled but then the university prepped a concert hall for the band to play.

Plant has shared, “The response from the kids was remarkable and we had a great time. ‘Immigrant Song’ was about that trip and it was the opening track on the album that was intended to be incredibly different.”

Unlike other Led Zeppelin songs, the lyrics to “Immigrant Song” were intended to be funny but fans interpreted it much more seriously.

“Immigrant Song” is so punchy. It’s in, it’s out and you just belt it out when it goes along. It’s a great driving song. Though it would have to be a short trip because it’s only 2 minutes long …

Do you agree? Or would you rank these three songs differently? 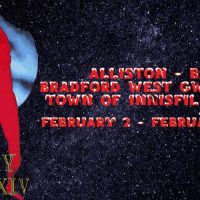