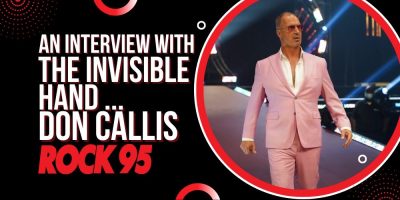 He’s ”The Invisible Hand” that has been stirring the pot behind the scenes & on-camera at All Elite Wrestling. The manager of Kenny Omega & The Elite. The veteran of WWE, ECW, Impact Wrestling & New Japan Pro Wrestling.

And he’s from Winnipeg, Manitoba.

Don Callis discusses the serendipitous night when he was on commentary in Tokyo, Japan when wrestling legend, and Winnipeg’s own, Chris Jericho wrestled one of the best wrestlers in the world, and also from Winnipeg, Kenny Omega.

So, you’re saying there’s a chance??

Get your tickets to AEW: http://www.aewtix.com