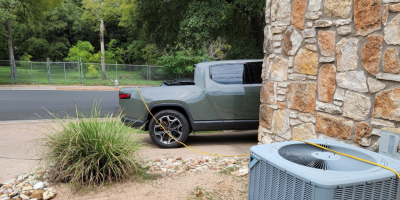 Dr. Christopher Yang’s patient was willing to give it a go when he showed up for his appointment, it was difficult for him to book off time from work; the procedure had to be done that day, and the power was out.

One of Dr. Yang’s colleagues had the Rivian and jokingly suggested they use it. I don’t think he expected to be taken seriously, and here we are.

I performed what is likely the world's first @Rivian powered vasectomy today. Power in clinic went out, patient didn't want to reschedule cause he already had time off. Electrocautery was normal, procedure went great! #rivianstories #rivian pic.twitter.com/VLDg91r37d