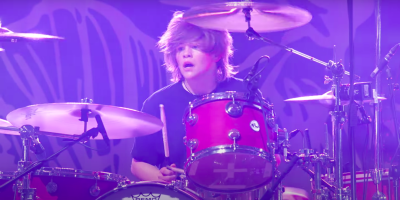 Thank God this concert will live on forever

On Saturday, September 3rd at Wembley Stadium, Dave Grohl, Foo Fighters and their friends put on the most badass yet touching tribute concert in honour of the late great Taylor Hawkins. It ran over six hours and streamed on platforms all over the world. If you missed it, thank god for youtube as it will be around forever and I will include it at the bottom.

The line-up was stacked.

And it absolutely delivered. Liam Gallagher slayed it, Brian Jones was fantastic, and even Justin Hawkins from the Darkness was there. They fit a lot in those six hour but nothing more tribute and goosebumps-inducing than when Dave Grohl brought out the final drummer of the night, Oliver Shane Hawkins. Taylor’s son played the hell out of the drums for ‘My Hero’, which will bring a tear to your eye.

The list is so long of great performers and you need to watch it and do it before the next Los Angeles tribute on September 27th. For now it looks like only clips are up on the internet but I’ll post a full version of the concert when it gets re uploaded.