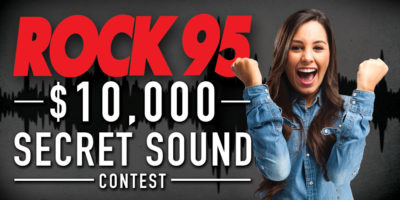 All you have to do – is be listening for your cue to call, identify the secret sound, and WIN!

Rolling Dice in Your Hand

Pop Rocks Exploding In a Mouth

Cellophane Wrap off of a sucker

Ice Cubes coming out of an Ice Cube Tray

Munching on Fruit or Vegetable

Emptying the Recycle Bin on your Computer

Biting off a piece of celery

Elastic being snapped off a desk

Someone snapping their finger

Opening a Glass Bottle with an aluminum cap on it

Clicking of a Pen

The Clicking of a Viewmaster

Sliding door on the side of a van

Shaking a box of spaghetti

a Slinky coming to rest

Opening or Closing a Kitchen Cupboard

Popping the trunk of a car

Grinding a salt or pepper shaker

Splitting a deck of cards

A Shutter taking a picture

Bundles of newspaper being dropped

Automatic door locks on a car

Munching on a carrot

Rubbing nails over a washboard

Boots crunching in the snow

Teledex with the cards and you spin

Rings on a flagpole

Pen(s) dropping into a cup

Hands on an old clock ticking

Someone tapping long fingernails on a mug

Ice Cubes in a glass

Rolling yatzee dice, shaking them in the cup

Fingers on the teeth of a comb

A Switch in a Tri-light Socket

A wind up toy car

Hands of a clock ticking

Twisting the handle on an old gumball machine

Dropping Change in a Tip Jar

Knife, fork and spoon being set down

Wooden Balls Being Moved in an Abacus

Dropping coins in a piggy bank

gumballs dropping from a gumball machine

Dropping coins in a parking meter

Shaking toothpicks out of a plastic toothpick container

Can Opener or opening a can

Whiskey Cubes in a glass

A vintage straw that you bend back and forth

See all the guesses below: Jim Budd Of Barrie guessed… A Zip Tie and won $300

Chalk across a blackboard

Winding up a wind up clock

Scraping Ice off of Windshield

Dog scratching a bowl or dish

Wheels on a roller-coaster track

Screwing or Unscrewing a Light Bulb…was guessed by Tom Turtscher of Cookstown and he won $500!

Ice scraper on your windshield

Tearing medical tape/bandage off your skin

Somebody opening a bag of chips

Flipping pages of a book

Doing up a snap on a hood or a coat

Stopping with Skates on Ice

Plugging an Instrument into an Amp

Automatic door locks on a vehicle

Shuffling or moving feet across a floor

Adjusting a ballcap (the strap in the back)

Needle on a record getting stuck

A credit card scraping a face/beard

Pulling Tissue out of a Box… was guessed by Greg Wilson of Barrie and he won $1,300