A KTLA weather girl Liberte Chan was reporting the weather on Saturday morning in a black sparkly dress when she was interrupted by her boss. All of a sudden, a grey sweater comes into view and you hear a male voice saying “We are getting a lot of emails.”

A lot of people are blaming the boss for being sexist and rude, forcing her to cover up while she’s in the middle of doing her job but it seems like they often poke fun at each other and this was just another one of those times.

The part that bothers me is the emails from all of the viewers saying that her outfit was inappropriate for Saturday morning weather reporting. Girl, if you’ve got it, flaunt it! I think she handled the situation so well! Watch here for yourself:

Chan had this to say on Facebook after getting numerous interview requests from the media:

“I’ve worked on-air for 10 years and by now I’ve learned that everyone has an opinion and you have to have a thick skin to work in this business. It’s a visual medium and sometimes your outfit works and sometimes it doesn’t.

During the 8am hour, my co-anchor came over and handed me a sweater and said, ‘we’re getting a lot of emails’. I was surprised since I hadn’t seen any of the emails and didn’t think there was anything that inappropriate (the beads/sequins were probably a little much for the morning, but what girl doesn’t like something that sparkles?!), so I played along and put on the sweater.

For the record, I was not ordered by KTLA to put on the sweater. I was simply playing along with my co-anchor’s joke, and if you’ve ever watched the morning show, you know we poke fun at each other all the time.

And, also for the record, there is no controversy at KTLA. My bosses did not order me to put on the cardigan, it was a spontaneous moment… I truly love my job, I like my bosses and enjoy working with my co-workers.”

Who, if anyone, do you think is in the wrong – the reporter, the viewers or the boss? 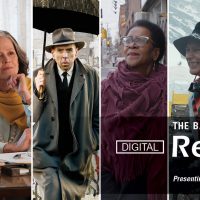