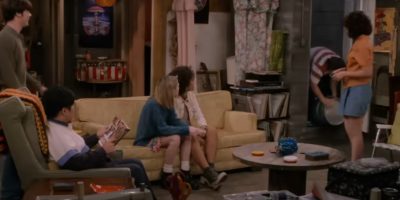 Red and Kitty Foreman are once again hosting a group of teenagers in their basement in the That 90’s Show trailer.

The 10-episode first season of the show is coming to Netflix on January 19th. The original cast will all be reprising their roles (not including Danny Masterson…obviously) with Red and Kitty getting the most screen time.