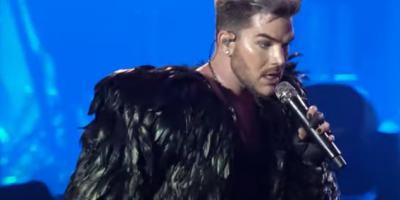 Queen and Adam Lambert have released a new video performance off of their Live Around The World Album. It’s from their 2016 concert at the Isle of Wight Festival in the UK.

This is following the release of a performance video of ‘I Was Born To Love You’.

Check it out below:

“Adam has the ability to sing anything and everything we throw at him,” Roger Taylor said of Lambert’s talent in a statement to Billboard. “There’s nothing he can’t handle. Our songs are big and theatrical and Adam fits that easily. I think he’s the best singer around. His range is staggering.”

Adam Lambert once said, “Some of Queen’s songs are just so vocally athletic and physically demanding. For example, ‘The Show Must Go On’ is certainly demanding, ‘Who Wants To Live Forever’ goes from zero to 99. ‘Somebody to Love’ is really intense and big.”