Nicolas Cage has been in the media quite a bit these days…not because of his career, but because he married his girlfriend, Erika Koike in Vegas and had the marriage annulled 4 days later claiming he was too drunk to know what the heck was going on. She is filing for spousal support now, and basically his life is a bit of a mess.

Nicolas Cage's wife Erika Koike demands spousal support from actor following FOUR DAY marriage … after he admitted he was 'too drunk' to tie the knot pic.twitter.com/bj5SRXbmcu

More proof that celebrities are just like us. Nicolas Cage is dealing with his heartbreak like many others would: screaming Prince’s Purple Rain at a Karaoke bar. 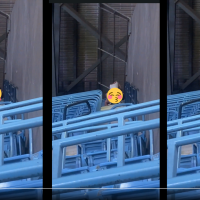