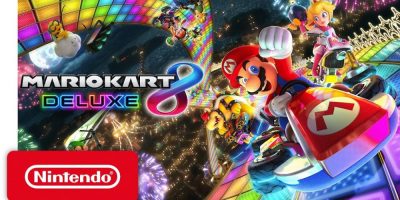 It was 1992, bags of all dressed chips and empty cans of cream soda all over my Mom & Dad’s basement as I hosted at least 3 or more friends to play endless amounts of Super Mario Kart.

Nintendo has a new system called Nintendo Switch and they’re releasing what could be the must-have game of the year this Friday.

Watch out for those flying turtle shells! 😉 #FlashbackFriday https://t.co/La0QRRoMaQ pic.twitter.com/pfRchHG2ys