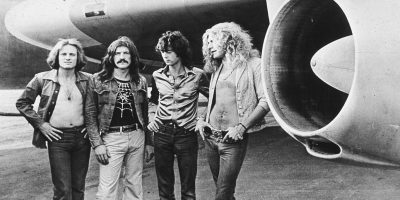 Some never-before-seen footage of Led Zeppelin performing at the Forum in Los Angeles on September 4, 1970.

The footage shows band members Robert Plant, Jimmy Page, John Paul Jones, and John Bonham performing portions of their songs “Since I’ve been loving you”, “Thank You”, “What Is and What Should Never Be”, “Whole Lotta Love”, “Some Other Guy”, and “Lemon Song”.