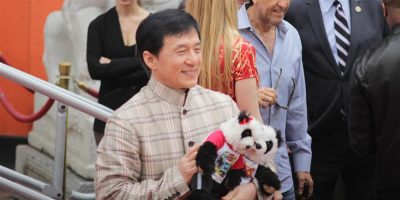 Jackie Chan plays a very different character than we are used to in “The Foreigner” alongside Pierce Brosnan. When his daughter is killed in a terrorist attack and the government refuses to release the names of those responsible, he takes it into his own hands.

We have an EXCLUSIVE look at the trailer of Jackie Chan and Pierce Brosnan in their new movie #TheForeigner. https://t.co/36vU3Msi88 pic.twitter.com/BvPA9qS5Tp

This film evokes a lot of what makes Law Abiding Citizen and Taken so special. Yet another movie to add to your “to see” list – this one comes out in October.

I don’t know anything about this movie, but I’m excited for two reasons. 1) The look on Jackie Chan’s face. 2) Martin Campbell#theforeigner pic.twitter.com/NXxECWHv1L