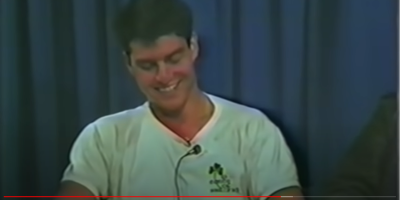 Rarely seen  footage includes some behind-the-scenes footage shot on the carrier for the filming of the first TOP GUN.  You can imagine the buzz around the ship about the movie being filmed on its deck and in its passageways, yet most sailors wouldn’t ever get a glimpse of the production or its stars.