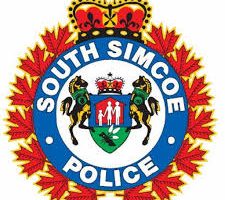 On Tuesday, March 13, 2018 at 8:00 p.m. South Simcoe Police Service officers were called regarding a domestic dispute at an Innisfil home.
When officers arrived, they were met at the door by a 44-year-old man with a deep laceration to his left arm. Investigation revealed the man had been in a discussion with his wife in their driveway over her intention to separate. A female friend of the wife got out of a vehicle, pulled a knife and began approaching the victim. The victim grabbed the woman in self-defence and was stabbed in the arm. The woman then left the scene with the wife. The injured man was taken to hospital where he received 40 stitches to his arm. He was advised there may be permanent damage due to the seriousness of the wound. A 26-year-old Innisfil woman surrendered to police and was charged with Aggravated Assault, Assault With A Weapon, Weapons Dangerous and Theft in relation to a cell phone. The accused appeared in bail court this afternoon.

On Wednesday, March 14 at 2:00 a.m. South Simcoe Police officers were called to a domestic dispute at a home in Bradford. When officers arrived, they found some family members of a man standing on the sidewalk. The man, who lives at the home and has mental health issues, had barred relatives from entering and as a result they were fearful of approaching the front door. The man’s frantic wife invited officers inside where they encountered an alarming situation with the man upstairs shouting aggressively. When he came downstairs, police tried to de-escalate the situation by speaking in a calm voice. Verbal de-escalation was unsuccessful. The man demanded police leave the house then he assaulted an officer and began pushing him towards the door. Officers attempted to apprehend the man but he resisted and began to fight. The man was taken into custody under the Mental Health Act and admitted to hospital. Neither the man nor the officers were physically injured during the incident.

South Simcoe Police Service officers undergo extensive training in de-escalation techniques and arrest procedures. In this instance, a violent situation was successfully resolved without anyone getting physically hurt. Our COAST Team, comprised of an officer and a mental health crisis worker, will be following up on this occurrence.

On Tuesday, March 13, 2018 at 9:45 a.m. a South Simcoe Police Service officer on patrol was alerted to the presence of a speed measuring warning device within a vehicle travelling on Bridge St. in the Town of Bradford West Gwillimbury. The officer initiated a traffic stop and discovered a dash camera that also had a built-in speed measuring warning device. The device was seized and a 57-year-old Bradford West Gwillimbury man was charged under the Highway Traffic Act with Drive Motor Vehicle With Speed Measuring Warning Device.

On Tuesday, March 13, 2018 just before 4:00 p.m. a South Simcoe Police Service officer stopped a vehicle at the 9th Line and County Rd. 27 in Innisfil. A computer check showed the vehicle’s registration had expired on June 19, 2016. The driver, who was alone in the car, identified himself verbally and also failed to provide vehicle documentation. Further investigation into the man’s license showed he was under a 2015 driving suspension for unpaid fines. A 27-year-old Midhurst was ticketed for five offences including driving under suspension. He will appear in court in April.

Traffic has been identified as the top area of concern in our region. South Simcoe Police Service officers conduct pro-active enforcement in order to keep our roads safe.
We also rely on our citizens and community partners to do their part in reducing collisions and reporting crime.