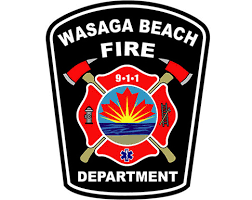 Provincial Police say suspicious items have been found at the scene of Tuesday night’s fire at Bananas Beach Club at Wasaga Beach.  Those items required special attendance by the OPP Chemical, Biological, Radiological, Nuclear and Explosive Team and Forensic Identification Units. The investigation by OPP and The Fire Marshal continues.

An overnight fire in Wasaga Beach is being treated as suspicious. Fire Chief Mike McWilliam says the damage to the Beach Drive structure was minimal, after his crews were called out to the municipally-owned structure around 11:00 Tuesday night. The fire was in the basement of a building leased to the Bananas Beach Club, while the Fire Marshal’s Office has been called in to investigate the cause. No one was hurt, while its said it took minutes to get the fire under control.