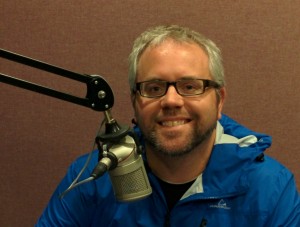 December 28 – The Sticking It 2 Cancer online auction this month raised $8000 for the Royal Victoria Hospital Foundation in Barrie and The Staal Foundation which supports families with children battling cancer in the Thunder Bay area.

December 1 – He rollerbladed from Thunder Bay home to Wasaga Beach two summers ago raising $27,500 for the Canadian Cancer Society. This past summer, teacher James Carson spent his time collecting autographed hockey sticks, from across the hockey universe – NHL, OHL, AHL, Women’s Hockey and more. He has 96 in all and is holding an online auction until December 1 in the hope of raising $10, 000 for the Royal Victoria Hospital Foundation in Barrie and The Staal Foundation which supports families with children battling cancer in the Thunder Bay area. Some of the sticks have been signed by Hayley Wickenheiser, Sami Jo Small, James Reimer, Gerry Cheevers, Marcel Dionne, the late Jean Beliveau and Henri Richard and current Colts’ goalie MacKenzie Blackwood. Rookie phenomConnor McDavid and former Colts’ captain Aaron Ekblad are among several stars, past and present, who played in the last Hockey Night In Barrie game. Listen below for more information on the auction. You can also follow the effort on Facebook and follow James on Twitter @rollacrosson and Instagram at stickingit2cancer. Click here to see the line-up of sticks and place a bid.