The Hollywood Vampires had a couple of special guest appearances at their show in Los Angeles on Saturday night including a very special appearance by Aerosmith front-man Steven Tyler. 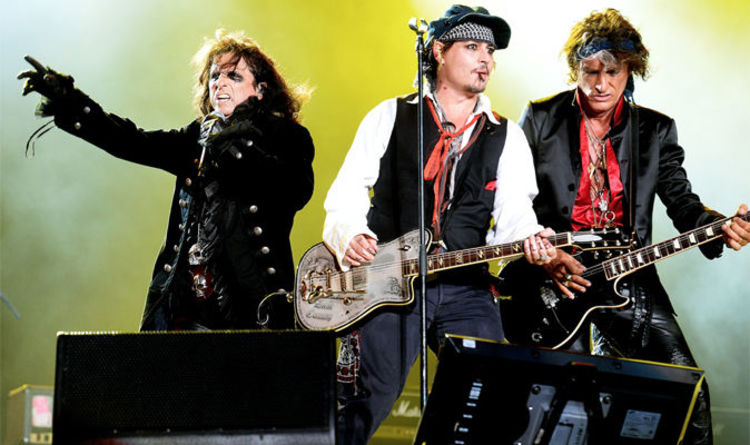 The Hollywood Vampires, made up of Alice Cooper, Johnny Depp and Aerosmith’s Joe Perry are on a 7 date U.S. tour and Saturday night’s L.A. show was the 2nd stop on the tour.  Earlier in the evening Marilyn Manson made a special guest appearance on stage and shared vocal duties with Alice Cooper on his song ‘I’m Eighteen’  but it was toward the end of the night when the jammed crowd went crazy when Steven Tyler of Aerosmith joined the band for a rousing rendition of Train Kept A-Rollin’

Alice Cooper will meet up again with Steven Tyler later this summer in our area when they both appear at Roxodus in Edenvale.