The Special Investigations Unit has charged two Peterborough Police Officers after a man was hurt during an arrest last year. The charges come following an arrest in August 2017, where a 60-year-old man was injured to the point of warranting a trip to the hospital for care. The two officers have been charged with Assault Causing Bodily Harm, and will be in Peterborough court in the middle of next month. 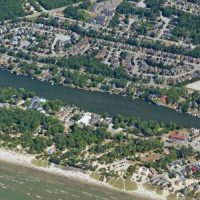