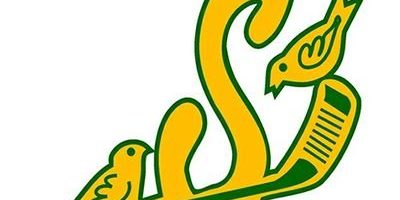 The franchise that produced ex-NHLer Jason Arnott won the Carruthers Division crowd by 17 points and went 16-4 in the North Conference Playoffs knocking off the Orillia Terriers, Penetang Kings, Alliston Hornets and Mount Forest Patriots. The Siskins would push the Schmalz Cup Semi-final to seven games before dropping the deciding game 6-2 to the Lakefield Chiefs.

2018/2019 could see as many as 13 returnees on the roster, depending on those who are chasing opportunities in Junior ‘A’ or Junior ‘B’.

The Siskins have 35 skaters in camp to go along with 6 goaltenders as they start the pre-season schedule this weekend.

“Generally the first game is an all rookie affair. We’ll talk to the coaches of the Mount Forest Patriots to see who they’ll dress. The second game you’ll dress the rookies you really like just to see how they match up against 19 and 20 year olds”

How do you know a rookie is ready to play junior hockey?

“If a kid goes in the corner, they feel confident in themselves to get in the dirty areas and stand in front of the net. They won’t hear footsteps and they don’t second guess their decisions. They play the game the way you saw them in minor hockey. These players aren’t worried about making mistakes; If they make an error they put their head down, back-check in their own zone and try and make a play to help on defence”.