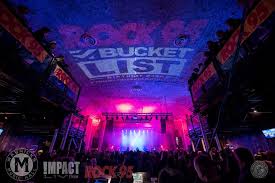 Well, if walls could talk around here, there would be some pretty cool stories that have come out of the studios of ROCK 95 over the past 30 years.  It was actually 33 years ago this fall that Doug Bingley, the President and owner of ROCK 95 was driving to Ottawa to attend a hearing at the Canadian Radio Television Commission (C.R.T.C.) in hopes of landing a broadcast license for a new radio station to be opened in the City of Barrie.  He and his partners were hopeful they would have the winning bid out of 5 other competing bids, but you never know for sure until the final government decision is made.

The following winter, on February 29th of 1988, the decision on the 6 competing bids was handed down, and ROCK 95 Broadcasting was officially born in Barrie.  You can imagine the celebration.  There was a lot of work to be done to build the station basically from scratch.  The upper level of the Kozlov Shopping Centre was the selected location to begin the construction of the broadcast and production studios.  The transmitter tower was going to be erected in Edgar, Ontario about 21 kms to the northeast of the City.  It took until October of that year (1988) to get things enough into place to begin “testing” the signal before the station’s initial launch.   It was the first time that a rock-music based channel had operated in our part of Central Ontario, and was launched at 95.7 FM today 32 years ago.  During the “testing” phase a series of non-stop music was played with many people curious as to how this new radio station was going to fit into the local Barrie community. 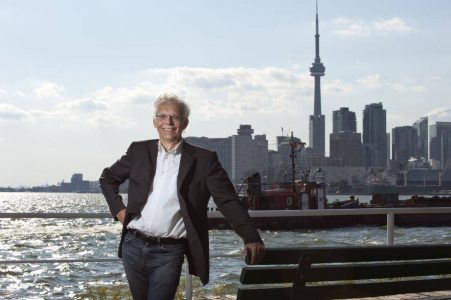 Today and all through the month of October, we continue to celebrate those accomplishments and all of different the events that have unfolded over the past 30 years.  In past years, we would get  together with some of our ROCK 95 contest winners by presenting the annual ROCK 95 Birthday Bash which would feature a private concert with a couple of top Canadian recording artists, a ton of of cash and a bucket list of prizes to be given out all in one night.   This year of course, with the pandemic, it wasn’t prudent to gather a 1,000 people together and cram them all into a small nightclub for a night of merrymaking and partying, so instead we decided to celebrate your birthday and instead of having a Birthday Bash this year, we instead presented Birthday Cash to give out over the last number of weeks.  Earlier this morning, on ROCK 95’s 32 Birthday Carrie Whitmell of Barrie got a phone call and a surprise visit frrom the Morning Crew awarding her $25,000 in Birthday Cash!  Congratulations Carrie!  The winning keeps coming this month too, as today, we lauch the $10,000 Secret Sound Contest.  Listen in for your chance to win and help us say “Cheers to 32 Years” all this month.