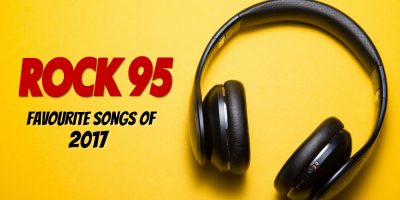 It’s hard to believe that we’re almost at the end of 2017. It’s been a great year for music, so we’ve rounded up favourites from our on-air folks to share with you. Here is their best of 2017!

Did any Canadian rock band have a bigger year than the Arkells? This song has everything. Aggressive screams, perfect female backing vocals, a rise up chant AND it was used in a beer commercial. Gotta love it!

The voice…the lyrics…you can tell the boys listened to some Led Zeppelin in their youth. If this is these boys ‎from upstate Michigan’s first effort, it looks like it may be the beginning of a very promising career for them.

It’s such a unique song with a great beat. I am totally in love with his voice too. I saw him perform at WayHome this summer and was completely blown away by the range of his voice. He was probably my favourite performer of the festival.

Here is how I picked my song – must be a song I listened to that was new to my ears for the first time during the year.  (If I didn’t use that criteria I would have selected Fiddler’s Green from The Hip.) That being said, Greta Van Fleet has a has a sound that makes me want to hear more from this band!

It was released in early January but sounded like Summer. I spent a lot of cold winter days dreaming of taking road trips to that song…and eventually, in the Summer, took road trips to that song. The song was also a huge turning point for the band. Prior to “Born Yesterday”, Hollerado was the king of quirk, and this song proved to the world that they can deliver straight-up rock. Plus…it’s catchy AF.

Siobhan – The Sky Is A Neighborhood, Foo Fighters

My favourite song of the year is the Foo Fighters ‘The Sky is a Neighborhood’. I know, I know. It’s easy to pick the Foo’s but hear me out. Sometimes when a band this big has cut so many successful records you can become desensitised to their work. When we first started spinning this song on Rock 95 it really stood out to me. From the effects on Grohl’s vocals to the fact that the lyrics were inspired by my favorite astrophysicist Neil DeGrasse Tyson. This track reminds you that these dudes still have bangers left in them, even after nine records.

Cat – Our Lady Peace, Drop Me In The Water

This song reminds me of OLPs early stuff and it’s long overdue in my opinion! I absolutely love Raine Maida’s voice, and hope this means a huge comeback for Our Lady Peace.

What was your favourite song of 2017? Share in the comments!