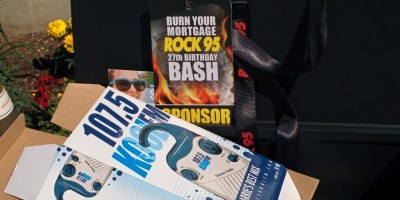 Pratt Homes has added another Time Capsule to one of its developments. Company officials and homeowners at the Upper West Side condos on Ferndale Drive South gathered Monday afternoon at the entrance to the complex to bury the capsule at the base of ‘Cleopatra’s Needle’, a replica of the original in New York City’s Central Park. It is directly across the street from Pratt’s Manhattan condo community, another ‘Needle’ and another Time Capsule. Inside are copies of local newspapers, a Barrie Colts calendar from the past season, memories from residents, coins, movie stubs and a pair of passes from Rock 95’s 27th Birthday Bash. The plan, is to open the capsule in 50 years offering residents a glimpse of the city’s past.