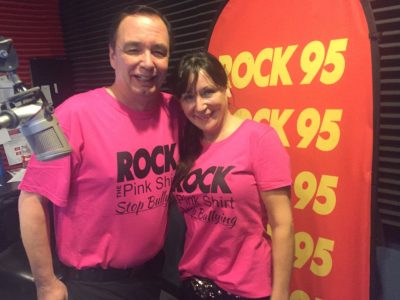 It’s Pink Shirt Day in Canada.  A day to recognize, stand-up and help to prevent bullying in all forms.

First started in 2007, when a student in Nova Scotia bought and passed around 50 pink shirts in a show of solidarity for a male Grade 9 student who was bullied for wearing a pink shirt to school.  The movement has since caught on and is now recognized not only here in Canada but in various parts of the world as well.

Anti-bullying Day was been established to help prevent further bullying of people of all ages.  Statistics show as many as one in five kids will be the victim of some type of bullying during their growing years.  Sometimes it even continues into adulthood and works its way into the workforce.

If enough awareness is generated, and over time people come to recognize the early signs of bullying and how to stand up to it, eventually it will become a useless tactic for people to try to use to gain advantage on someone else.