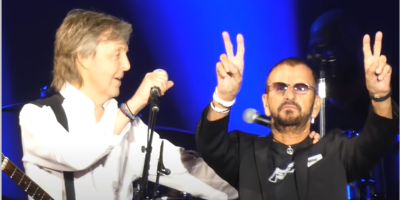 Fans attending Paul McCartney’s tour in Dodgers Stadium were surprised when Paul had his former Beatle bandmate and drummer, Ringo Starr, join him on stage. They did a rendition of Sgt. Pepper’s Lonely Hearts Club Band and Helter Skelter.

Many commenters just loved watching the two come together and be able to play like that again, with Ringo not taking his eyes off his former frontman for much of the performance being sure to keep perfect time.