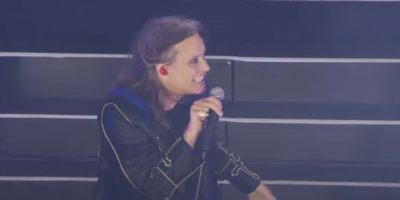 Ozzy Osbourne apparently recorded a bunch of unreleased songs with late Foo Fighters Drummer Taylor Hawkins that didn’t make it onto his new album, Patient No. 9.

Hawkins is currently credited with drums and co-writing on three songs on Ozzy’s album including “Parasite”, “Mr. Darkness”, and “God Only Knows”. Apparently the two collaborated on more songs that were held for something in the future.

Producer Andrew Watt revealed the unreleased tracks and added that there’s more collaborations between the two that are being saved for another thing in the future.

Check out the three songs on Patient No. 9 that feature Taylor Hawkins.