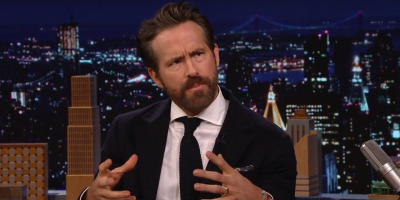 One of the Canadian NHL franchises is up for sale, something that doesn’t happen often and one of Canada’s A-list stars is making a bid. Reports say the Ottawa franchise is for sale for about $655M, which is significantly more than Ryan Reynolds is worth, even with all that Netflix money. The actor was on Jimmy Fallon this week and explained that the rumours are true he is looking into buying the team although he is also on the hunt for a ‘sugar daddy’ to help fund it.

.@VancityReynolds addresses the rumors that he is interested in buying the @NHL @Senators. 👀 #FallonTonight pic.twitter.com/oMgaM08NXy