As OPP continue their search for the driver in a hit-n-run death last weekend just outside of Barrie they have released the name of the victim: 28-year-old Dominik Andrew Adamek of Springwater Township.

OPP are searching for a suspect in a fatal collision in Springwater Township. The crash involving a vehicle and a pedestrian occurred near the intersection of County Road 53 and Carson Road sometime before 6:00 am Saturday; as a result, a 28-year-old Springwater Township man was pronounced dead at the scene.

Investigation suggests the involved motor vehicle was a 2011-2013 Toyota Corolla and sustained front-end damage predominantly on the passenger side. The vehicle may have a broken front passenger headlight.

It’s believed the vehicle fled the scene heading Northbound on County Road 53. If you have any information you can contact the Ontario Provincial Police or Crime Stoppers. 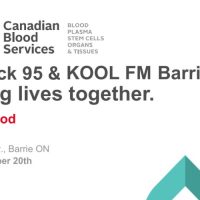