Keith Richards and the rest of The Rolling Stones stopped for lunch in the small town of Fordyce Arkansas. After causing a scene at the local dinner Richards was pulled over by police in his rented yellow 1975 Chevy Impala.
The cops claimed that they had smelled marijuana on Richards, of which they found none. What the Fordyce Police did find was two grams of cocaine and a 7 inch hunting knife. Keith Richards was arrested; but made bail the very same day for a mere 162.50. 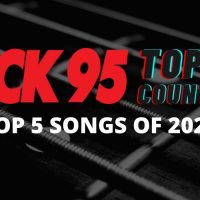