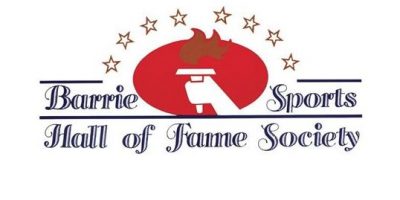 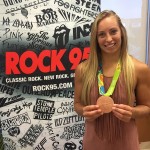 Megan Lukan, born in Toronto, lived in Curacao, Netherlands Antilles, for six years, and then returned to Canada in 2000 to settle in Barrie where she began her athlete career in playing many sports but excelling in Rep Basketball, at a young age of 9, with the Barrie Royals Basketball Club and Rugby with the Barrie Central High School Phoenix Team. The tradition that Barrie Central Girls Rugby team established was where Canada Rugby identified Megan as a potential Canadain Rugby Player. It wasn’t until the completion of Megan’s basketball career that she would step out of the field to represent Canada at the Rio de Janeiro Olympics. Lukan’s many accolades in Basketball; Ontario Provincial player for three years, 2005 – 2008; winning a bronze medal at the 2009 Canada Games in PEI, Junior National Team and Senior National B Team, 2009 – 2012; winning a Bronze medal at the FIBA U18 Americas, in Chili; being named Miss Basketball Canada in 2010; and centralizing with Basketball Canada in Hamilton as part of the National Elite Development Academy in grade 11; had led her to a five-year NCAA basketball athletic scholarship at the  University of Wisconsin-Green Bay. Along with many individual awards and team successes, Megan played in 3 out of 4 NCAA division 1 tournaments accomplishing a second-round appearance. Megan Lukan is a crossover athlete who after completing her final year of eligibility in basketball joined Rugby Canada Women’s Sevens in April of 2015. Lukan moved from Green Bay, WI to Victoria, BC where she began her Rugby training. She played for Canada’s Maple Leafs in Amsterdam and at the Central Coast Sevens. Lukan made her HSBC World Rugby Sevens Series debut for Canada in Dubai, December 2015. Gearing up for the 2016 Rio Olympics Lukan appeared in all five HSBC series events for Canada during the 2015-16 season, defeating Australia and completing the circuit with a Gold Medal finish at Clermont- Ferrand, France in May of 2016. In July of 2016 Megan Lukan was named to the Rugby Canada Olympic Squad and competed at the Rio de Janeiro 2016 Summer Olympics. Canada defeated Great Britain with a strong performance 33 – 10, winning the Bronze Medal at the inaugural tournament in Rio de Janiero.

Bruce Gardiner came up through the Barrie Minor Hockey Association and played two years with the Barrie Colts, from 1988 to 1990, when the franchise played at the Junior B level. In 1990-1991 Gardiner enrolled at Colgate University where he improved on his offensive numbers in each of his four years in the National Collegiate Athletic Association (NCAA). As a senior in 1994 he was named to the Eastern College Athletic Association (ECAC) Second All-Star Team. He was selected by the St. Louis Blues in the sixth round of the 1991 NHL Entry Draft, 131st overall. Gardiner played his first professional game in the International Hockey League (IHL) with the Peoria Rivermen in 1993-94. He signed a free-agent pact with the Ottawa Senators, where he played two seasons in Prince Edward Island with the Senators farm team in the American Hockey League (AHL). In 1996-1997 Gardiner got his first crack at the National Hockey League (NHL), appearing in 67 games for Ottawa. He responded with eleven goals and 21 points while playing in a defensive checking role for the team. He played another two-and-a-half years in the Canadian capital before being traded to Tampa Bay in November, 1999. He played in 41 games with the Lightning but was then selected by the Columbus Blue Jackets in the 2000 Expansion Draft. He has the distinction of scoring the first goal in Columbus Blue Jackets’ franchise history. He played 73 games with the Blue Jackets in their first season but spent most of the 2001-2002 campaign in the minors with the AHL’s Albany River Rats after being obtained by the New Jersey Devils. Gardiner was called up for seven games, throughout the course of the season, scoring two goals and an assist. His NHL totals are 312 games played, 34 goals and 54 assists for 88 points, and 263 penalty minutes. He left the NHL after the 2002 season and moved to the Russian Super League and then to Finland’s pro league SM-liiga. He returned to North America and played briefly for the Adirondack Frostbite of the United Hockey League before retiring in 2005. Gardiner returned to Barrie and took up a position with the Barrie Police Service.

Stephanie Sherlock relocated to Barrie at a very young age of 12 years. She attended Barrie North Collegiate. Stephanie had a very successful Junior and Amateur career in the game of golf. As a member of Team Canada, she played numerous events throughout the world, including stops in Canada, USA, Australia, and even played the historically famous courses in Scotland and England. In 2005, Sherlock was named the Canadian Junior Player of the Year. In 2007, she won the Royale Cup Canadian Women’s amateur championship. In 2008, Stephanie placed 2nd in the Royale Cup, won a CN Canadian Women’s Tour event in Winnipeg, won the Sun Belt Conference Championship, and helped Team Canada to a 4th place finish at the World Amateur Team Championship in Australia. While attending the University of Denver for 4 years, Sherlock honed her skills with the NCAA Division 1 Pioneers team south of the border. She recorded 7 victories while wearing the burgundy and white of the University of Denver Pioneers. Stephanie qualified for the LPGA by finishing 14th at Q-School, taking 1 of the 20 LPGA cards that were available. She spent 3 years competing full-time on the LPGA Tour. In 2011 her best result was a 16th place finish at the LPGA Classic event. She also had 2 top 25 place finishes, at the Kia Classic and the Dinah Shore Classic, in 2012. After playing on the top women’s professional tour, and with the best women players in the world, Stephanie called it quits, finding the expense of playing just too overwhelming. She returned to Barrie as the Director of Golf at the Simoro Golf Course. Here, she runs the junior golf program, as well as numerous clinics. She enjoys teaching and helping the youth of Simcoe County learn and enjoy the game of golf. The Canadian Golf Association has also hired Stephanie to attend schools in Simcoe County to teach and promote the game of golf to the students. This occurs during the winter months. Stephanie Sherlock is a true ambassador of the game of golf, the City of Barrie and the Country of Canada.

In addition, annual awards were handed out:

Donald Preston Bowen was born and raised in Barrie. He came up through the Church Hockey Leagues and eventually was recruited and played for the Barrie Colts in the Jr. ‘B’ Hockey League from 1936 to 1939. After many years (and World War II), he volunteered for almost 20 years as a Coach, Manager, and President of Barrie hockey teams. As a player, Don played for the Barrie Colts when they were runner-up for the 1937 OHA Jr. ‘B’ title. As a Coach, his team won the OMHA Juvenile ‘A’ Championship in 1957-1958. He was also President of the Barrie Jr. ‘C’ Team and Manager of the Georgian Bay OHA Jr. ‘C’ Team of 1963-1964. Don was also recruited into the American Hockey League’s Amateur Division by the Syracuse Stars (Syracuse, New York). He also played in the Michigan Hockey League for 1 year. Bowen played, coached, and/or managed many teams in Barrie for more than 25 years. He believed that “sports brought out the best in young people.” He was recognized as a member of the prestigious Barrie Colt Alumni 1995. Don was considered a smart and skilled hockey player. During World War II, he served for 3 years overseas. After the war, he played Senior level hockey in Barrie. He wanted to pass on his love and skill of the game to young players and coached many players in Barrie who went on to careers at greater heights (Corby Adams and Dan Maloney to name a couple). Donald Preston Bowen passed away in 2003.

Jacob Graves is a native of Barrie. He was born in Barrie in 1995 to a family with hockey running through their veins. His father played Junior hockey, 2 brothers play Junior ‘A’ and Junior `C hockey, his mother was a professional figure skater, her father a professional hockey player and 4 aunts or uncles who played Junior hockey or higher. Jacob’s hockey career began in 2010-2011 with the Toronto Titans Midget ‘AAA’ team. He split the 2011-2012 season between the Mississauga Chargers of the Ontario Jr. Hockey league (OJHL) and the Mississauga St. Mike’s Majors of the Ontario Hockey League (OHL) . He spent the next 2 seasons with the Mississauga Steelheads of the OHL and then was traded to the Kingston Frontenacs for the 2014-2015 season. The 2015-2016 season was split between the Oshawa Generals and the London Knights. Jacob was known as a big, rugged stay at home defenseman. In 2015-2016, he had a career year playing in 69 games, collecting 21 points, 104 penalty minutes, and was a plus 34. He had 18 assists in the playoffs and helped the London Knights capture the Memorial Cup, emblematic of Junior ‘A’ hockey supremacy in Canada. Jacob Graves was drafted by the Columbus Blue Jackets and signed to a 3-year entry level contract in 2016. He spent the 2016-2017 season alternating between the Cincinnati Cyclones of the East Coast Hockey League and the Cleveland Monsters of the American Hockey League, honing his skills in anticipation of a shot with Columbus in the National Hockey League.

Don Buchanan was born and raised in Barrie. He has resided in Barrie all 62 years of his life. He has played Slo-Pitch for 32 years, is an avid golfer and a passionate Notre Dame Football fan.
Don became involved with Adult Slo-Pitch upon its’ inception in 1975. During these 42 years, he has been a player, coach, Tournament Director, Vice President and for the last 6 years has served as President of the league. For the last 21 years, he has organized tournaments in Barrie to help offset costs associated with the operation of the Barrie men’s Slo-Pitch League. In 1998, Don was approached by Slo-Pitch Ontario (the official governing body of Slo-Pitch in Ontario as recognized by Softball Canada) to be a Zone Director. As a Zone director, Doc would be responsible for the ranking of players and teams for participation in Regional and Provincial Championships as well as for the recruitment and registration of leagues within this zone. He accepted this appointment and still holds this position 19 years later. From 2000 to 2004, Don `Doc` Buchanan was the Tournament Director for the Northern Ontario Championships. This tournament brought in over 100 teams annually to the Barrie Sports Complex for 3 days of competition to determine the various bracket champions. In 2002, Don was elected to the board of Directors of Slo-Pitch Ontario at its Annual General Meeting. He has remained in this position for the last 15 years. Don’s passion for the game of Slo-Pitch is unwavering. His involvement with this sport has positively affected the lives of thousands of athletes. He hopes to be able to continue to freely offer his time and guidance to this great sport and its athletes for many years to come. 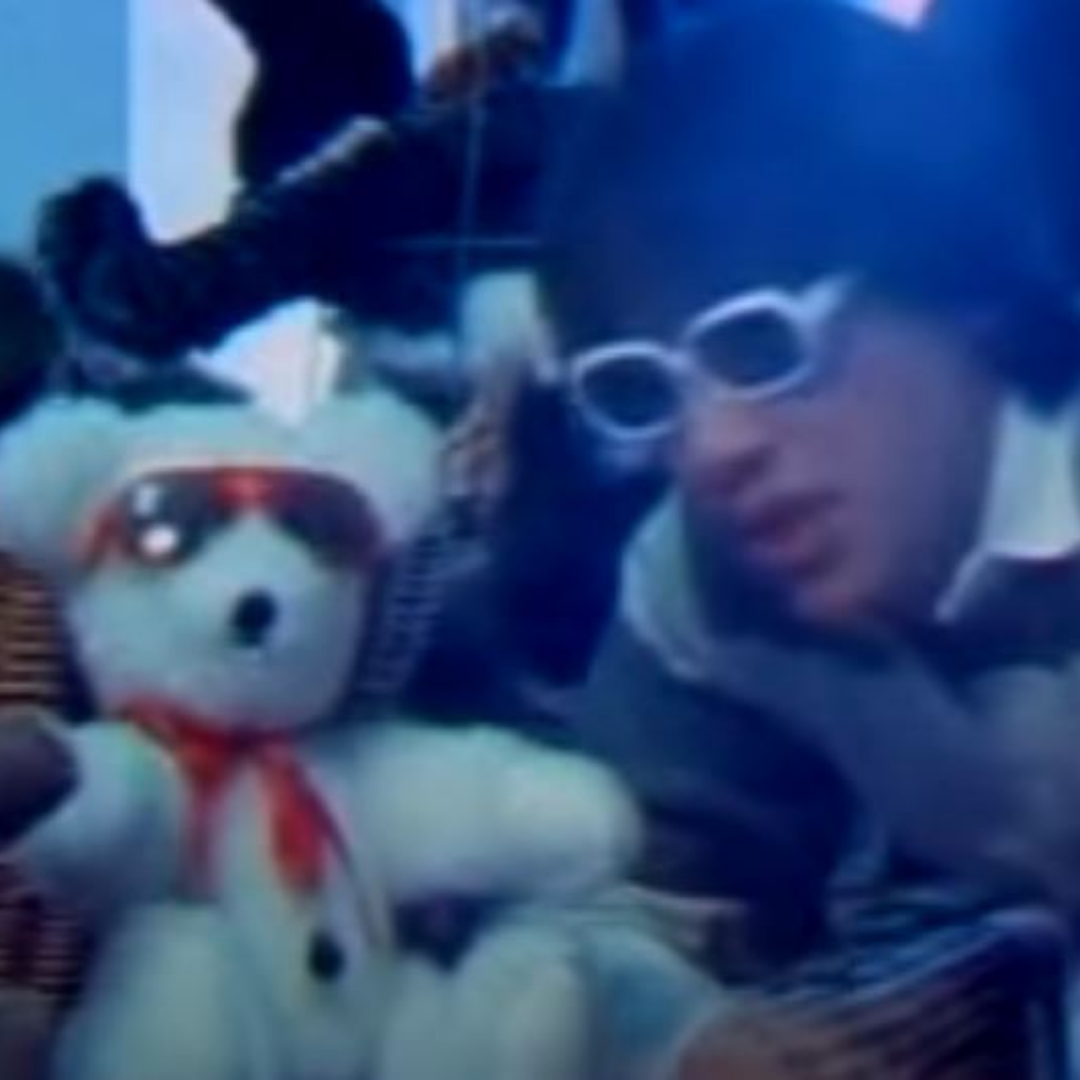