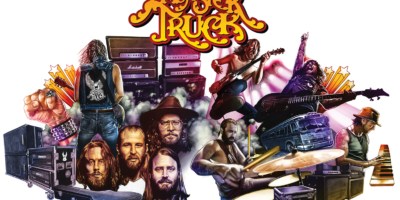 It was just announced that Monster Truck is coming back to Barrie in support of the ROCK 95- KOOL FM Toy Drive!

The Hamilton based band are currently on a European tour in support of their latest album True Rockers.  The tour wraps up at Wembley Stadium in London, England in mid-December and the boys will then be heading home just in time for their performance in Barrie.

The date of the show is set for Friday, December 21st to be staged at Maverick’s Music Hall in downtown Barrie and will be a special celebration and the openers are still to be announced.  Tickets, discounts and V.I.P. info available through Ticketfly.  With your on-line purchase, you can qualify you to WIN a Meet & Greet Concert Experience with Monster Truck including a chance to meet the band and get pictures at the show!

Join us for the celebration, and bring along a new unwrapped toy as part of the evening to help give a kid a Christmas this upcoming holiday season.