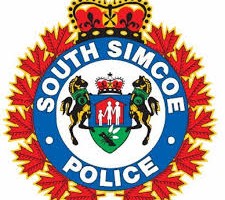 A family affair for South Simcoe Police. Officers were called to Innisfil Beach Park shortly after midnight this morning, with reports a woman and her friends were being harassed by two teens. It’s alleged one of the suspects went so far as to point a gun at the friends. Officers tracked down the two suspects, aged 17, and claim the weapon was a pellet gun. That’s when the call for backup came in. Other officers working this case were at the home of one of the suspects, dealing with mom and dad. Police say the pair were disruptive, yelling at police and witnesses. One of the officers was even bitten on the arm. The teen boys face weapons charges while mom and dad will answer to an Obstruction charge in court, mom also expected to explain herself on an Assaulting an Officer charge.