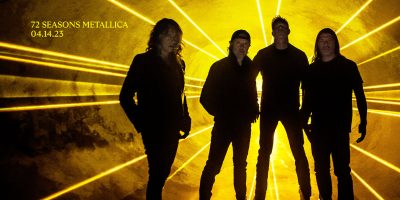 Christmas is coming Metallica fans, although you may have reason to say Christmas came early! Metallica just announced a new album will drop April 14th called “72 Seasons.” The first single “LUX ÆTERNA” is out now, with a video! And the band is coming our way on a new stadium world tour! Take note, each stop on the tour gets a double dose of Metallica on back-to-back nights!

Get ready for Metallica’s 11th studio album by checking out the video for LUX ÆTERNA, directed by Tom Saccenti!

You can get a jump on your holiday shopping for yourself or other Metallica fans by pre-ordering the new album here!